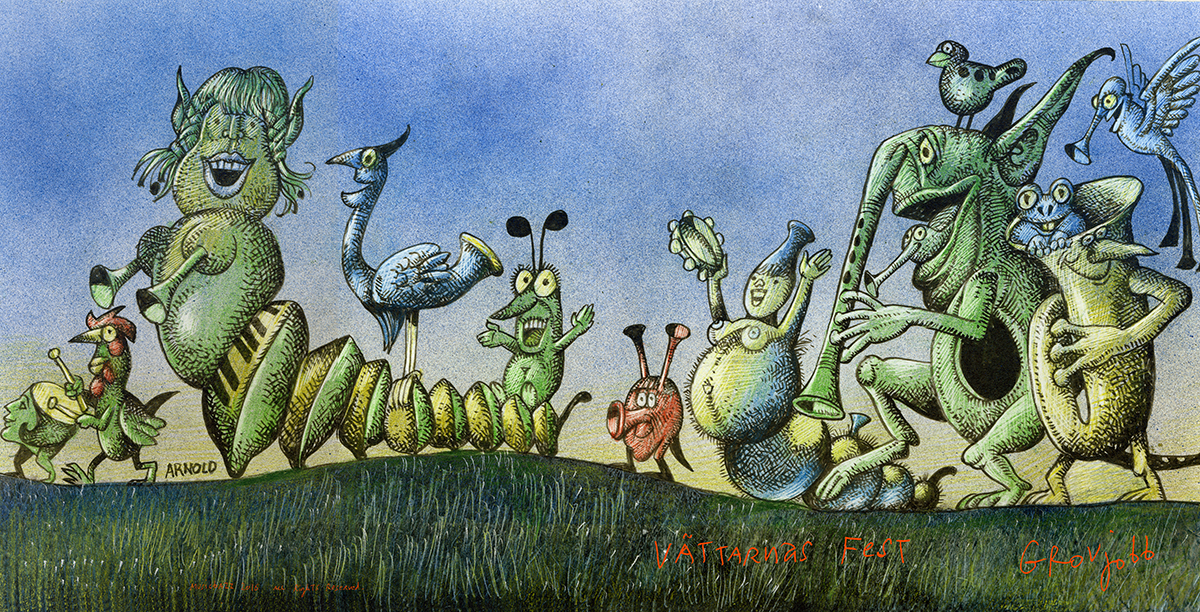 Grovjobb, one of the long lost treasures in the Swedish progressive underground-music of the late 90's, are finally being re-released on vinyl!

During their heyday, Grovjobb released three, nowadays much sought after cd's (on Garageland Records), which one and all consisted of magical songs and textures, all closely connected to dark forests and forces unknown hiding out in the Swedish woods.

Led by guitar-wizard and composer Jerry Johansson, his songs slowly entwines around the morning dew of golden fields, while unicorns dances together with birds and trees under a glimmering and newly awakened sun.

Jerry is also a master of the sitar, so his way of being and constructing songs is also wholly reflected through Indian-coloured glasses. All in all, three 'must-have' albums, of which the first and the second, 'Landet Leverpastej' and 'Vättarnas Fest', are now being re-issued in limited editions of 200 copies each, by MusicBazz.

Both albums have very carefully been re-mastered by Jerry Johansson to a sensational sound experience, and the cover artworks are brand new (re-)designs by artist Dan Fröberg, with the original ink drawing on 'Vättarnas Fest' made by legendary Swedish illustrator Hans Arnold.

Two wonderful lp's destined for eternity, so 'Buy it now'!